Why You Should Not Take Voluntary Field Sobriety Tests

If you decline to take these voluntary tests, (and you should decline), then the officer must decide if he has enough probable cause to arrest you anyway. Other things that may amount to probable cause include: bad driving such as swerving; slurred speech, an odor of alcohol coming from you, poor balance while 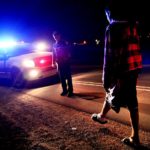 you are talking to the officer, or statements from you about how much you drank. But even if the officer does put you under arrest for DUI, you and your Fullerton DUI lawyer are in a better position because there is no field sobriety evidence for the District Attorney to use against you.

Field sobriety tests are notoriously inaccurate for determining whether someone is under the influence of drugs or alcohol. Any Fullerton DUI attorney knows these tests are often difficult to perform even with no alcohol in your system. Also, nervousness can be mistaken for alcohol impairment as can physical injury or limitation. Moreover, FST’s are terribly subjective to grade and the officer grading you is already suspicious that you are under the influence.
In fact, there are only three FST’s that are validated by the National Highway Traffic Safety Administration. (NHTSA) These are 1) One-Leg stand; 2) Horizontal Gaze Nystagmus; and 3) Walk-and-Turn.

To conduct the horizontal gaze nystagmus test the officer holds a small object (a pen or a finger) in front of the suspect and asks the person to follow the object with their eyes while holding their head perfectly still. The officer then slowly moves the object in a level motion to one side and then back. At some point the eye will begin to involuntarily jerk. This jerking motion is called nystagmus. The theory is that the sooner the eye begins to jerk, the more alcohol is in the system. Supposedly, a rough estimate of a person’s blood-alcohol can arise from how soon the nystagmus begins.
In order to achieve a reliable result, however, the test must be performed in strict compliance to specific criteria. The object must be moved slowly–three to four seconds to complete one 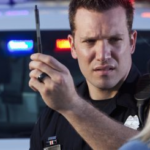 pass. Also, the object must be kept a constant distance of 12 to 15 inches from the person’s eyes and two to three inches above the line of sight. In court, however, your Fullerton DUI attorney may show that the police officer administering the test wasn’t even aware of these specific criteria.

In the first part of this test the suspect is instructed to stand heel-to-toe with their arms at their side while listening to the instructions. Then, the person is instructed to walk nine steps heel-to-toe along a straight line
(real or imaginary), turn in a specific three-step manner, and take nine steps heel-to toe back to the starting position. The suspect is told to count the steps out loud, keep their arms at their side, and look at their
feet while walking.
While the suspect performs the test, the officer is watching for eight clues: 1) Maintain balance while listening to instructions; 2) Start too soon; 3) Stops while walking; 4) Doesn’t touch heel-to-toe; 5) Steps off line; 6) Uses arms to balance; 7) Loses balance on 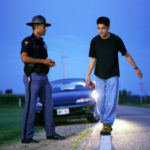 turn or turns incorrectly; and 8) Takes the wrong number of steps. The theory is that the more “clues” that are present, the more the person impaired by alcohol or drugs.
However, a Fullerton DUI lawyer will point out that many people simply don’t have good balance to start with. And unless the officer knows what your balance is like when you have no alcohol in your system it simply isn’t possible to know whether alcohol has impaired your balance. Also, the test is not valid unless performed on a smooth, level surface free of debris. And if the officer asks you to perform the test on an imaginary line it is impossible for him to say that you stepped off the line because only you know where the line is.

This test must be performed on a smooth, flat surface. The suspect is told to stand on one leg while extending the other leg in front of them. They must hold their foot about six inches off the ground and, while looking at their foot, count out loud to 30. The officer looks for four specific clues to impairment. 1) Swaying; 2) Using arms to balance; 3) Hopping; and 4) Putting the foot down.
This FST is designed to test your divided attention–your attention being divided between balancing and counting out loud. Again, the more clues the officer sees the greater the assumption of alcohol impairment.
“Poor performance” on any of the field sobriety tests, whether standardized or non-standardized, can often be explained or neutralized by a skilled, experienced Fullerton DUI lawyer. 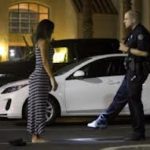 Moreover, the unreliability and arbitrary nature of the tests can be exposed by an attorney familiar with the science and studies dealing with these tests.
These three “standardized” field sobriety tests are considered by NHTSA to be reliable if a specific set of instructions are given and they are graded by designated criteria. Despite NHTSA’s mandate that only the three tests are reliable enough to be used, California police agencies, including the Fullerton police department, continue to use other “non-standardized” tests, such as the Rhomberg test (tilt your head back, close your eyes, and estimate 30 seconds), the Finger-to-Nose test, the Hand-Pat test, the Finger-Tap test and reciting the alphabet.
The police officer’s report almost always indicates poor performance on whatever field sobriety tests the arrestee has performed. Remember, the police officer usually writes his report after he has made the decision to arrest you and the report must justify his decision to make an arrest. A Fullerton DUI lawyer can often completely discredit the FST’s by exposing their unreliable, subjective nature. Your Fullerton DUI lawyer will show that the officer didn’t include in his report all the things that you did correctly. Also, many police officers don’t give the instructions properly or aren’t even qualified to grade the FST’s.

Often, the most damaging field sobriety test is the voluntary breath test that you were asked to take before you were arrested. Although California law specifically requires the police officer to tell you that this test is voluntary and you have the right to refuse it, the police often don’t follow this law. This “voluntary” breath test, often called a Preliminary Alcohol Screening test or “PAS” can often be successfully challenged and suppressed by a Fullerton DUI lawyer. Police officers tend to be sloppy when administering this test and don’t follow Title 17 of the California Code of Regulations which gives precise instructions on how this test must be given.

If you would like a free telephonic case review and consultation with a Fullerton DUI attorney, call The Law Offices of EJ Stopyro at (949) 278-6353. Mr. Stopyro will explain the charges you face and what will happen in court. Also, he will evaluate your case for any possible defense. EJ is available on weekends and after hours for a confidential telephonic consultation.