The Blood Test Is Most Accurate

Thus, if some or all of the alcohol you drank was still in your stomach when you were driving, it was probably in your bloodstream when you took the DUI blood test. In that case, your Fullerton DUI lawyer can argue that your blood-alcohol level was below the legal limit at the time of driving. But your BAC was 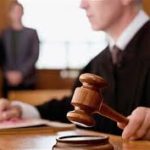 over the legal limit at the time you took the blood test. If so, you may be entitled to a dismissal or a not guilty verdict. This is called a “rising defense” because your blood-alcohol level was rising at the time of driving. If your Fullerton DUI lawyer can present forensic evidence to support a rising defense, they may be able to get your case dismissed or a reduction of charge.

You MUST Be Given A Choice

You must be given the choice of a blood test or breath test after you are arrested for DUI. Failure to give you a choice of tests is a violation of your Constitutional right to be free from an unreasonable search. This means that if you weren’t given a choice, your Fullerton  DUI attorney can file a motion to suppress the blood test results. If the judge finds that the blood test result was illegally obtained, it must be suppressed or thrown out.

Challenging The Validity Of The DUI Blood Test (Title 17) 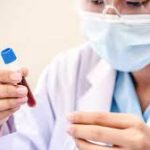 California Code of Regulations. Title 17 mandates who can administer a blood test as well as how the sample is to be drawn, treated, identified, transported, and tested. Any violation of Title 17 provides grounds for your Fullerton  DUI lawyer to move to have the blood evidence suppressed. The following are examples of Title 17 violations that can lead to suppression of blood evidence:
The blood test results are often critical in a drunk driving case for both proving a violation of California Vehicle Code Section 23152(b) in court and as evidence at the Administrative Per Se DMV Hearing. Therefore, it’s imperative for your Irvine DUI attorney to look very closely at the blood-test procedures and find out if Title 17 was strictly followed.
The smallest mistake could make all the difference in your case. At The Law Offices of EJ Stopyro we work with leading experts in Forensic Toxicology, including a former supervisor of the Orange County Forensics Alcohol Lab. No mistake will go unnoticed!

To find out if your blood test was performed in strict compliance with Title 17 it is important to hire an experienced and skilled Fullerton DUI attorney. Call The Law Office of EJ Stopyro today at (949) 278-6353 for a free telephonic consultation.