Fullerton DUI lawyer EJ Stopyro began his adult life as a military police officer primarily responsible for the detection and arrest of drunk drivers. He performed over a thousand DUI investigations and made dozens of DUI arrests. He was also 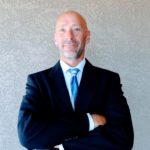 a certified traffic accident investigator. Later, he worked as a Deputy Probation Counselor for the Orange County Probation Department.

Although initially excited about a career in law enforcement, he was profoundly disillusioned by the culture of intolerance, brutality and indifference that is deeply rooted in the law enforcement tradition. Also, he could not, in good conscience, bring himself to enforce morally repugnant drug, prostitution, and gambling laws. It was this early experience in law enforcement that forged EJ’s desire to become a criminal defense lawyer and provide the support, comfort and service that all people deserve when they’ve been arrested and accused of a crime.

Admission to the California State Bar: 1996