Any Drug That Causes Impairment

makes it a crime to drive when you are impaired by either alcohol or drugs. Moreover, when it comes to DUI punishment, there is no distinction between 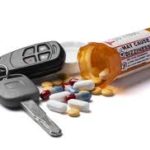 legal or illegal drugs. Taking any substance that can impair your physical or mental abilities can lead to a drug DUI charge. Even taking over-the-counter cold medicine can result in a driving under the influence of drugs charge. If you are facing a DUI drug charge you need to speak to a Fullerton DUI lawyer immediately.

No “Legal” Limit For DUI Drugs

Because there is no “legal limit” to driving under the influence of drugs, DUI drug cases are often more difficult than alcohol DUIs for the DA to prosecute and easier for a Fullerton DUI attorney to defend. In a DUI drug case the District Attorney (DA) must prove that you were “under the influence of a drug to the point where you could not operate a vehicle with the same caution characteristic of a sober person of ordinary prudence, under the same or similar circumstances.” In order to convict you of DUI drugs, the DA must prove this beyond any reasonable doubt. Thus, the sole issue is whether the driver was impaired and there is no magic number like there is in alcohol cases.

If the arresting officer suspects that you are driving under the influence of drugs,

you will be required to submit to a blood test or urine test. Typically, these tests will show the presence of a drug. These tests, however, are pretty unreliable because some drugs, such as marijuana, stay in the system for a long time. Thus, marijuana may be detected long after the effects have worn off.
Other drugs, such as stimulants, are eliminated from the body much quicker. So the tests often only indicate that the driver took drugs at some time but don’t indicate impairment at the time of driving. These cases are usually easier for your Fullerton DUI lawyer to defend than alcohol DUIs. Because there is no “limit” in drug DUI cases, the field sobriety test evidence is very important for the issue of impairment.

The evidence of “impairment” usually comes in the form of the field sobriety tests, 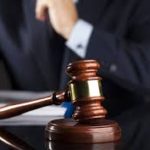 your driving pattern, and your physiological characteristics, such as pupil size, heart rate, and blood pressure. A skilled Fullerton DUI defense attorney will often be able to expose the weaknesses in this evidence and raise considerable doubt as to whether you meet the legal definition of impairment. There are usually many possible explanations for the “signs and symptoms” of drug impairment—nervousness, illness, injury, and lack of sleep will often produce the same signs and symptoms. Thus, if you have been accused of driving under the influence of drugs, it is vital that you consult with an experienced Fullerton drunk driving attorney.

Fullerton DUI lawyer EJ Stopyro offers a free telephonic consultation to discuss your case and your options. Call us at (949) 278-6353 to speak with EJ and learn what will happen in court and at the DMV. EJ is available for after hours consultations.